Crafting unique creative design concepts for clients’ vacations with an emphasis on experiences that have never been done by anyone else before.

Traveluxx’s “DreamDrafter” Butler
Accompanies the client throughout the trip, orchestrating a seamless client experience with the support and direction of the 24-hour command center. 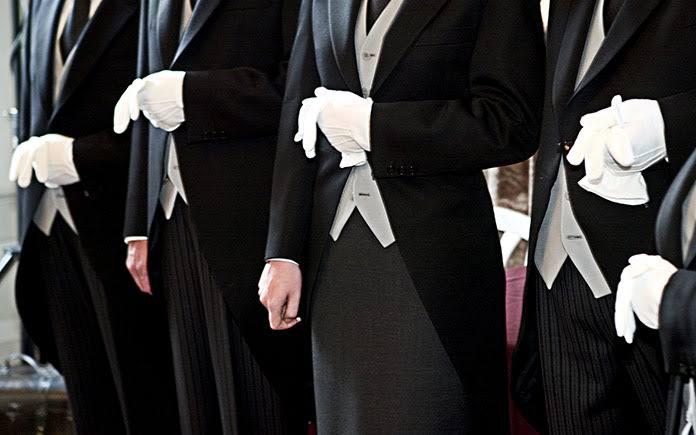 TRAVELUXX’S “DreamDrafter” 24-HOUR COMMAND CENTER
No “DreamDrafter” experience begins without one of our European trained, butler academy graduate butlers as they are the essence of the “DreamDrafter” without them, all you have is luxury and a concept of how it should be. 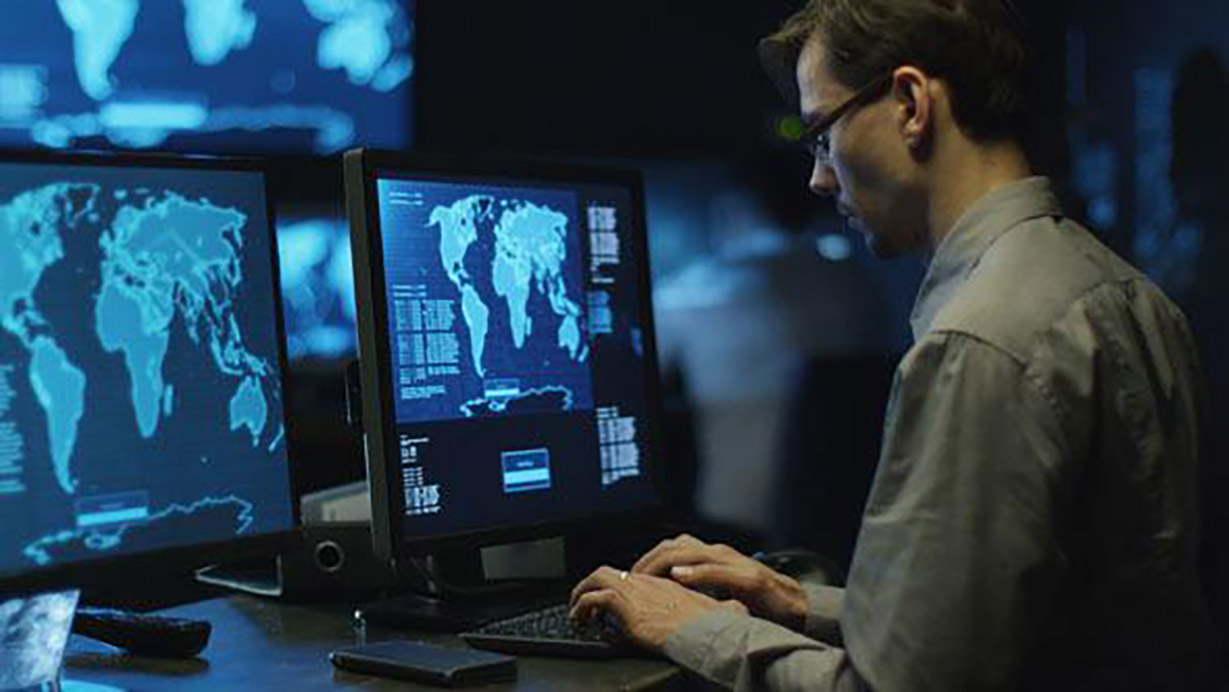 The pinnacle of private flight with “Experiential Aviation” SM by innovating the experience from wheels up to wheels down. Key features include inflight yoga sessions, spa services, fashion shows, and hybrid of hypnotherapy and sleep therapy by a certified holistic health guru. A step far beyond the usual cabin amenities, guests will receive monogrammed sik pajamas, cashmere eye masks and slippers, bespoke toiletries, and his and hers travel wallets, among other treats. Guest will enjoy a carousel of fascinating personalities that “hop on and hop off” various legs of the trip including the world’s top ranked poker player, a former commander of US forces, a previous chef to the Queen of England, an American baseball legend and many other items (that can only be revealed in the brochure) 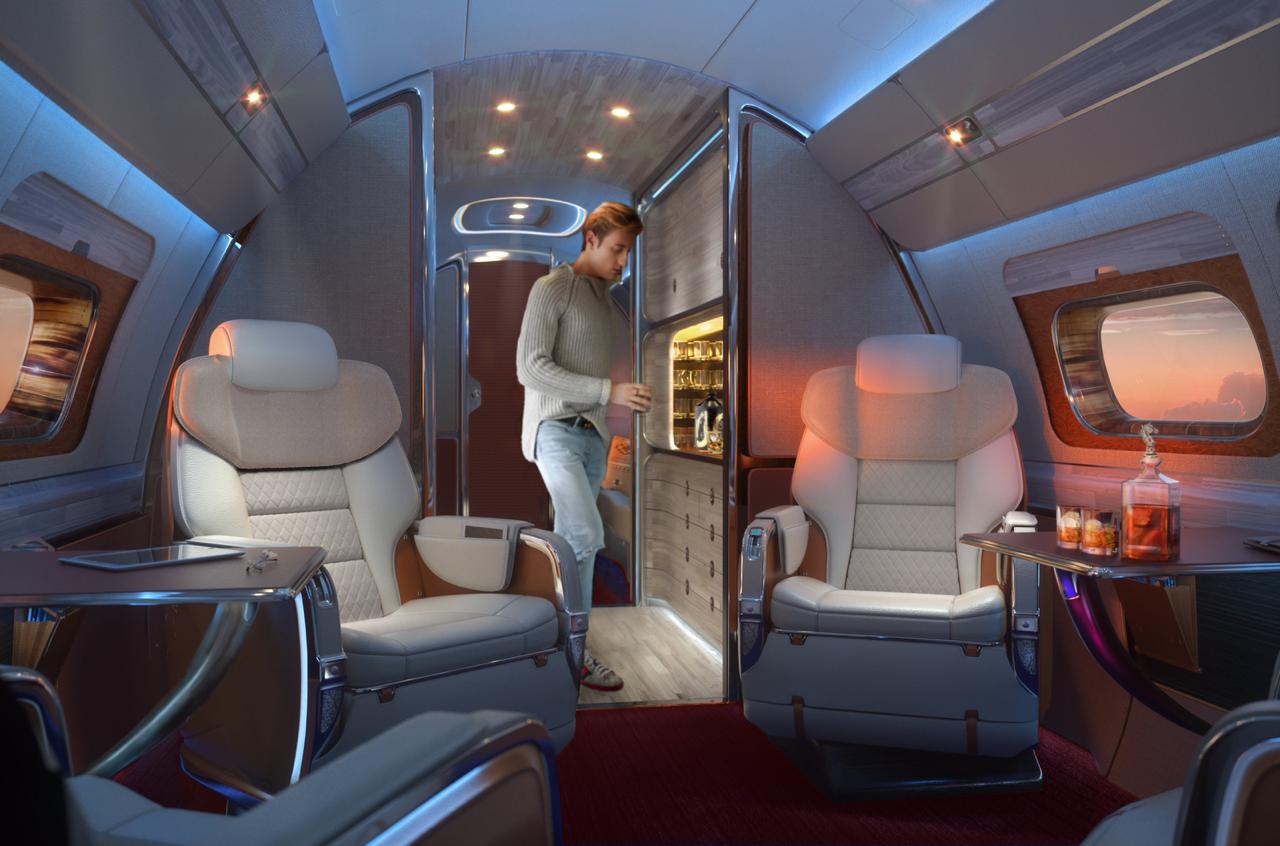 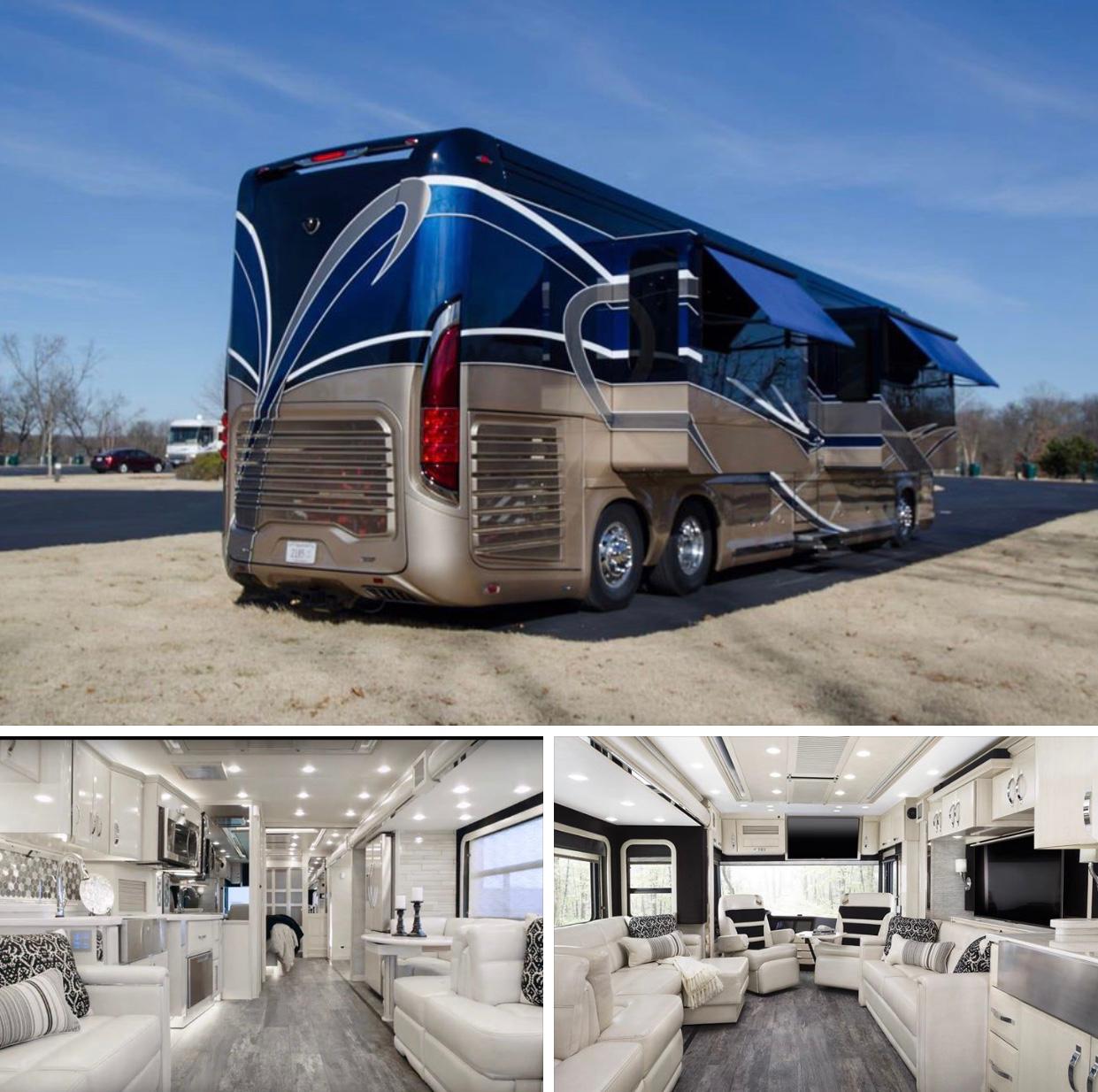 It’s a fact of modern life that driving is about getting from point A to point B as quickly as possible. But in the shadows of the freeways and interstates, “out yonder”, there’s a world of roads that take you to places that having nothing to do with destinations. Imagine cruising this other America -the real America – in the plush confines of a two million-dollar custom motor coach, stopping whenever you want to have an authentic story with real characters or to experience a local past-time. Nannie, tutor, spa therapist, chef and even a physician if requested, all riding discreetly in their own support coach until needed. Sleep on fretted linens while you are driven down the highway, and wake-up to a five-star breakfast and a new adventure in a place so real you can’t believe it exists. Whether a trip down the Pacific Coast Highway with your own on-board sommelier, or a meander through the glory of the National Parks with your own cowboy guides, you’re on the road but off the map. Wherever there is pavement, you can dream – it’s the best thing to ever happen to you, on the road or anywhere else.

No matter how extraordinary the story of your life is, every story can use a little extra sprinkle of magic now and then. For weekend getaways that unfold like an adventure movie, or once-in-a-lifetime events that you can’t afford to miss a moment of, and adventures that are so in tune with your wavelength they become drenched in coincidence, the  DreamDrafter®keeps a box of magic under his desk just for you. This is where extraordinary becomes the norm, and the normal becomes extraordinary. We all look up when stars cross.

A private charter to a city you may have known and loved before, seen now through the eyes of the DreamDrafter® in a way you’ve never experienced. Go from outsider to insider in less time than it takes to step from the jet to your private limousine. And yes, while you may depart and return from your 3 night weekend as planned, your private jet is a true DreamDrafter®upgrade.

London:
Fancy sipping Pimms on the banks of the Thames with an Earlbefore being escorted into the House of Commons? You’ll see first-hand how much more entertaining British aristocracy and politics are than our tame American version.

You know Annabel’s, the Mayfair haunt so up-market it is the only club the Queen has ever visited, where Prince Andrew was turned away for not having a tie? Well, bring a cravat, because you’ll be going.
It goes without saying that you’ll have access to the best shows in the world, the greatest restaurants in the city, and a twist on high tea like you’ve never had before.
“The best bribe which London offers to-day to the imagination, is, that, in such a vast variety of people and conditions, once can believe there is room for persons of romantic character to exist, and that the poet, the mystic, and the hero may hope to confront their counterparts.”
Ralph Waldo Emerson

Paris:
Paris is so much more than the City of Lights. With sensual pleasures of every variety, Paris is a city best explored with a mind open to chance, romance and magic opportunities. You’ll pass through immigration like a diplomat, see the private chambers of Marie Antoinette (you’ll be one of only 20 guests out of every two million visitors with special permission), visit the cloak-and-dagger lab of a major perfumery, and perhaps lunch with a minister. The DreamDrafter® Parisian getaway is a modern twist on a classic weekend

“We worship not the Graces, nor the Parcae, but Fashion. She spins and weaves and cuts with full authority. The head monkey at Paris puts on a traveler’s cap, and all the monkeys in America do the same.”

Rome:
Imagine being whisked by helicopter from Roma Airport to a private helipad at the Vatican. Imagine being taken into the Papal Closet, to see how good you look in His Holiness’s robes under the watchful eyes of the Swiss Guard, of course. Next, you will arrive at the Sistine Chapel, where you and your family will be given private access to lay on your back and study the master’s work. Imagine dinner with the exiled Princess of Burma, who will help you prepare the most incredible Italian food you have ever experienced. Imagine the High Priest of Italian fashion sending for you in his private helicopter, and the matriarch of Gucci family herself outfitting your princess after lunch at her estate. What’s your unimaginably decadent Italian fantasy? Now let the DreamDrafter® make it real.

“Carving is easy, you just go down to the skin and stop.”
Michelangelo

Los Angeles:
It’s no secret where Miracle Mile is, or how to get your hands on yet another Fendi bag. But if you want to dine with your favorite stars of yesteryear, or get a last minute seat to the Oscars, that’s where you need the DreamDrafter’s helping hand. Sure, you can have a great time with a layover in Los Angeles. But you can have memories that last if you want the DreamDrafter® to lift the curtain and take you behind the scenes.

New York:
The hardest part about New York City isn’t getting in, It’s getting out. The city takes on a file of its own as soon as you land, drawing you in with the best of everything and the crowds to match. With the DreamDrafter® New York getaway, It’s simple – whether you want to dine with a mafia Capo, take an underbelly tour with NYC Detective, or get an impossible prime time table at Per Se or Raul’s, fuhgeddaboutit – the DreamDrafter’s got your back.

Traveluxx is a luxury travel agency based in Manila, Philippines. Founded by Mr. Rey Pamaran, himself a world traveller and a master curator of travel itineraries. Also the only Virtuoso travel advisor in the country, Rey can whip up any dream holiday from almost all corners of the globe. At Traveluxx, our only limitation is your imagination